Emergency healthcare for vulnerable refugees in Lebanon
Skip to content 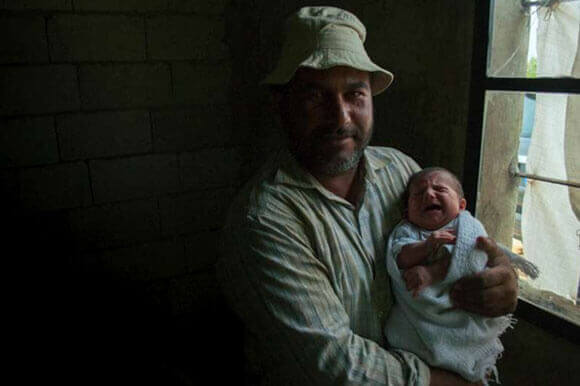 Failure to pay for treatment leaves many refugees detained in hospital with IDs confiscated, while many ‘mild’ conditions deteriorate into life-threatening emergencies

UAE, Sharjah, X September 2013: While the world waits breathlessly for breaking news on how Syria’s volatile chemical weaponscrisis will be resolved, an even bigger catastrophe is looming beyond the country’s borders as Syrian refugees struggle to access healthcare for procedures ranging from Caesarian sections, women’s obstretic emergencies, horrific wounds suffered from artillery shells and many more.

To bring relief to 10,000 of these refugees in Lebanon, the Big Heart Campaign – under the patronage of Her Highness Sheikha Jawaher bint Mohammed Al Qasimi, UNHCR Eminent Advocate for Refugee Children – has made a mammoth donation of US$3 million (approximately AED11 million). This will facilitate secondary healthcare (including life-saving surgeries) for 6,000 of the most vulnerable refugees, as well as 4,000 refugees with treatable chronic health conditions like hernia, cleft lip, vesico-ureteral reflux and many more.

Although the UNHCR is doing its best to pay 75% of the medical costs for refugees with life-threatening conditions, many struggle to raise the remaining 25%. This has led to refugees being detained in hospital with their IDs confiscated, which in turn leaves them unable to access any other services and stripped of their human rights and identities.

Giving a harrowing insight into the daily struggles of a refugee, Ahmed, a 34-year-old refugee narrated: “When you see me in these ragged clothes, you would never guess that I used to own a thriving legal firm in Hama, Syria. My home – and my dreams – literally went up in smoke after a deadly artillery strike. My mother begged me to flee the country for my own safety, and my cross-border ordeal eventually took meto the olive fields of Al Koura in Lebanon, hoping to scrap together a living for my family back home.”

Ahmed says thinking back to his formerly comfortable life is a luxury he cannot afford. Despite being physically healthy, he admits that emotionally he is still traumatized by dailythoughts of whether various friends and relatives managed to survive the horrors of Syria.

Even in the safety of Lebanon, life was far from easy for Ahmed, who had to somehow scratch together US$150 a month to rent a bare room. As a lawyer he used to earn US$75 an hour, but now he earns just US$75 a week on a construction site. Yet despite his hardships, Ahmed is full of gratitude for simply being alive, and for the generosity shown by the Lebanese people: “My neighbor was an amazing Lebanese lady named Majida, who gave me this bed that I sleep on. Even this shirt on my back is from her. She gave me more than she had left for herself. I get emotional when I remember how she sacrificed for a complete stranger, and she’s easily the most generous person I’ve ever known in my entire life. In the middle of such horrific atrocities in war, it’s a miracle tofind people like Majida who prove that there is still hope for mankind.”

So touched was he by this kindness, that when his pregnant wife eventually came to join him, he named their newborn daughter Majida after their Lebanese rescuer.

Her Highness Sheikha Jawaher bint Mohammed Al Qasimi, UNHCR Eminent Advocate for Refugee Children, commented:“Little Majida joins a long line of almost 2 million Syrian refugees, and it is heartbreaking for parents when their newborn babies enter such an uncertain world, unable to visit a hospitalor have a roof over their heads. Some refugees used to be doctors and nurses in Syria, saving lives daily, yet tragically they now can’tget medical treatment when they need it themselves. This donation – made possible by the generosity of the Big Heart Campaign’s donors – will bring relief to thousands of refugees. But there are many others in desperate need and we appeal to the humanitarian inside each of us to make a contribution and make alife-saving difference.”

According to Ninette Kelly, the UNHCR Representative in Lebanon: “The contribution from the Big Heart Campaign, under the patronage of UNHCR Eminent Advocate Her Highness Sheikha Jawaher, could not have come at a better moment. We are already forced to make heartbreaking choices everyday on how to share the few resources we have. This donation will allow us to address life-saving and other serious medical needs for an additional 10,000 refugees.”

The US$3 million donation is part of a series of massive donations that will be made by HH Sheikha Jawaher bint Mohammed Al Qasimi on behalf of the Big Heart Campaign, in order to impact hundreds of thousands of Syrian refugees in Lebanon, Jordan, Iraq and Syria itself.