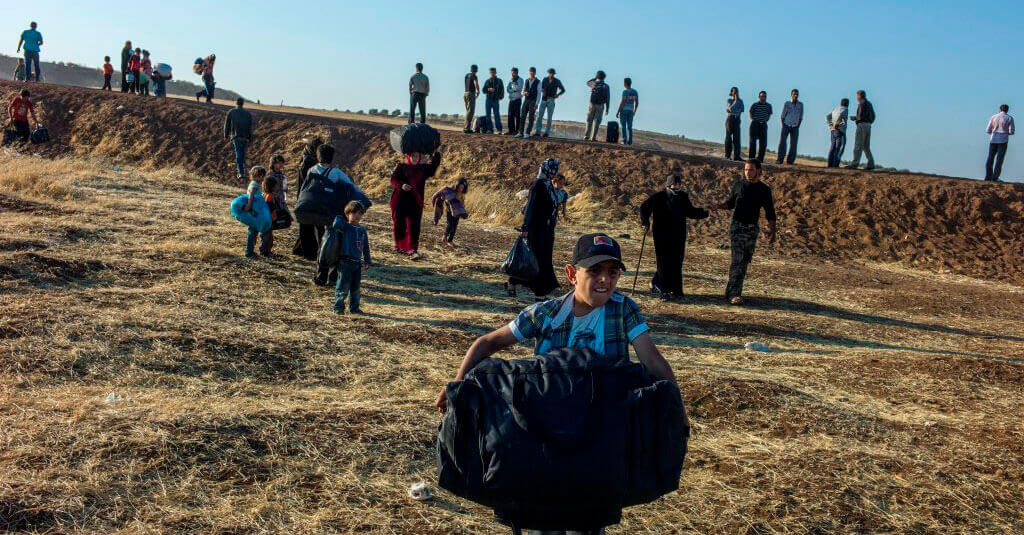 UAE, Sharjah, August 2013. In response to the humanitarian appeal launched by UNHCR seeking to support one million Syrian children forced to flee their homeland as refugees,The Big Heart Campaign for Syrian Refugee Children under the patronage of Her Highness Sheikha Jawaher AlQasimi(wife of His Highness the Ruler of Sharjah and UNHCR Eminent Advocate for Refugee children)has donated US$ 200.000 to provide Syrians Refugee Children with life-saving humanitarian assistance, and relieve them from their hardships In light of the gap in the funding required by the Syria Regional Response Plan, as it has been funded only 38% of the required amount

The intuitive comes as the Syrian crisis deteriorating on an hourly basis. The number of Syrian refugees who have been registered or are pending registration with the UNHCR is now approximately 1,916,387 Syrians, whom have fled to neighboring countries: Lebanon, Jordan, Turkey, Iraq and Egypt. Half of the refugees from the Syria conflict are children, and more than 740,000 of them are under than age of 11. Moreover, more than 2 million children have been internally displaced within Syria.

Commenting on the refugees’ plight, Her Highness Sheikha Jawaher Bint Mohammed Al Qasimi, UNHCR Eminent Advocate for Refugee Children said: “we are currently facing one of the worst humanitarian crises due to the conflict in Syria. The Syrian crisis has left almost 2 million homeless. Now with the Syria’s war well into its third year, more poverty, deprivation and despair can be seen”.

“One million Syrian children became homeless, we don’t know how long they will be refugees for, but we would like to reassure them that there are many who would like to extend a helping hand. They may not know their names; But they are ready to help their Syrian refugee brothers and sisters. ” She added.

Amin Awad, Director of Middle East and North Africa (MENA) and Regional Coordinator of UNHCR appreciate the donation made by Her Highness SheikhaJawahir and said: “ We are very grateful to Her Highness Sheikha Jawaher, UNHCR’s Eminent Advocate, for launching the Big Heart campaign for Syrian refugee children. This campaign will surely portray a smile on the children’s faces and will contribute to relieving some of their pain”.

Her Highness Sheikha Jawaher Bint Mohammed Al Qasimi appealed to individuals and institutions in UAE society and the Arab world to alleviate the suffering of Syrian refugee children, and provide them with life-saving humanitarian assistance including food, shelter, healthcare and education. “We need to take a serious stand and act quickly to come to their aid and to keep hope alive in children’s hearts” HH Sheikha Jawaher Al Qasimi said.

It’s worth mentioning that this contribution comes within a series of Initiatives and activities conducted by the Big Heart Campaign to alleviate the suffering of Syrian children , and follows the Eidya of US$1.8 million sent to 12000 Syrian families in Jordan.