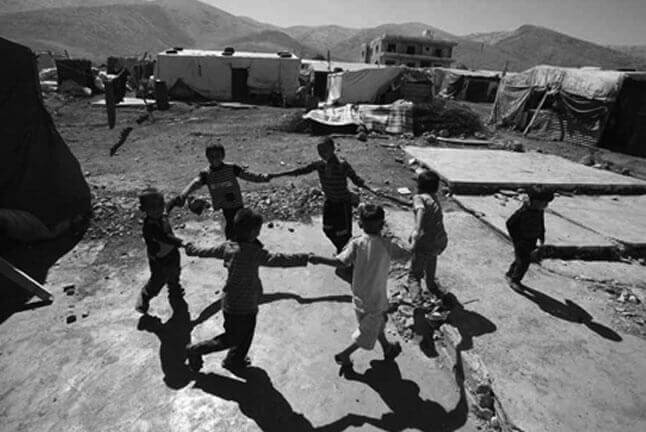 Campaign urges donors to “feed the minds” of over 1.2 million refugee children through Education

UAE, Dubai, X February 2014: After a highly successful first phase in which the Big Heart Campaign provided life-saving medical interventions for over 265,000 Syrian refugees and gave more than 400,000 others vital food and cash, the campaign is now progressing to its third phase which focuses on an equally urgent need: education. This will be launched during a pulsating 10-day fun-filled event dubbed “No Lost Generation- Journey of Hope”, from 10-20 February at Dubai Mall’s Souq Arena. The event will be packed with fun activities for both children and adults, with special appearances by celebrity supporters.

Since its inception in June 2013, the Big Heart Campaign has achieved numerous milestones in just six short months – under the guidance of its Patron, Her Highness Sheikha Jawaher bint Mohammed Al Qasimi, UNHCR Eminent Advocate for Syrian Refugee Children. Approximately three quarters of the 2.4 million Syrian refugees registered by the UNHCR are women and children. Among the many initiatives, the ‘Warm Hearts’ winter campaign saved hundreds of thousands of Syrian refugees from the frost-ravaged sub-zero temperatures of Iraq, Lebanon, Jordan and Syria itself, by raising urgent funds for warm shelters, blankets and clothing.

Commenting on the upcoming launch, Her Highness Sheikha Jawaher explained that the Big Heart Campaign continuously evolves to respond to refugees’ needs, and education is the latest in a series of phases targeting priority areas: “Our ever-supportive donors have helped us to feed & shelter refugees, but now it’s time to feed their minds through education. Children are born with a hunger for knowledge and a thirst to satisfy their endless curiosity, so education is just as vital as the air they breathe. Let our big hearts beat as one and let us work together to turn young refugees into future humanitarians.”

The first round of “on-again, off-again” peace talks in Geneva between the warring sides has recently collapsed, and refugees are not expecting a quick resolution. According to Valerie Amos, the UN’s Chief Aid Coordinator: “While the discussions continue to try to find a political solution to the crisis, ordinary men, women and children are dying needlessly across the country, and others are desperate for food, clean water and medical care.”

Lack of education threatens to produce a Lost Generation of Syrian refugees. The Big Heart Campaign has come to the realization that while the three-year crisis drags on, it is time to give the children a more sustainable solution that empowers them in the long run through education. Rt. Hon Gordon Brown (UN Special Envoy for Global Education) shares the goal of educating these children and supports The Big Heart Campaign, he said, “By fighting for the fundamental right to education for the children of Syria we can establish the principle that even in the most hopeless of situations learning can continue.”

The campaign for Education will continue till 7th of May 2014. Donors are urgently requested to send funds through ‘Salam YaSeghar’, endorsed by HH Sheikha Jawaher Al Qasimi (Wife of His Highness, the Ruler of Sharjah and UNHCR Eminent Advocate).