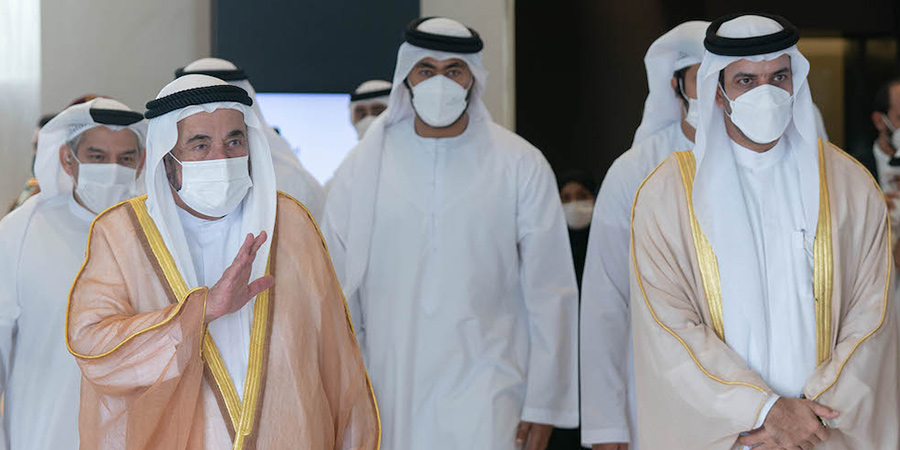 Moderated by senior anchor, Mayssoun Azzam, the ceremony saw the participation of a host of senior officials, media personnel and representatives of humanitarian organizations from around the world.

Mariam Al Hammadi, Director of TBHF; Ayman Gharaibeh, Regional Director for MENA at the UN Refugee Agency (UNHCR); and Mohammed Zakaria, Founder of 7Hills for Social Development, addressed the ceremony at the House of Wisdom. 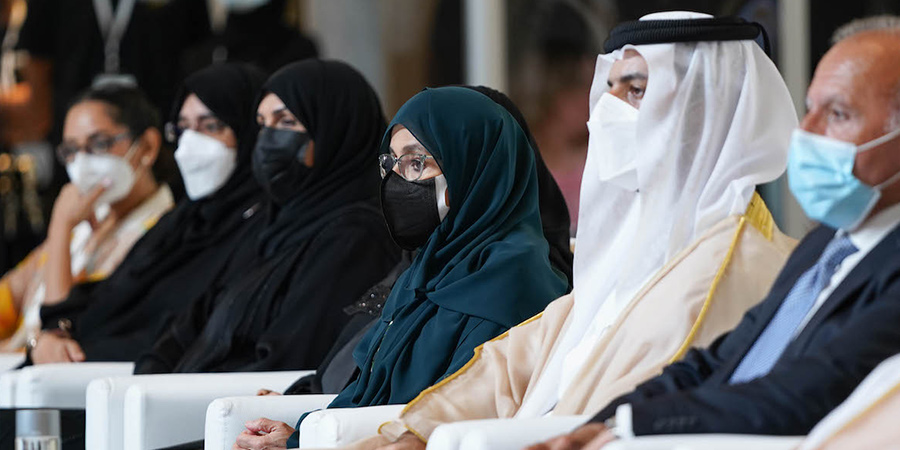 The 2022 edition of the Sharjah International Award for Refugee Advocacy and Support (SIARA) was awarded to Jordan’s 7Hills for Social Development in recognition of its pioneering role in facilitating the integration of young refugees and fulfilling the emotional and psychological needs of refugees and displaced peoples which are just as important as their requirements in food, health, and shelter.

With its young team, the organization supports socio-economic and cultural cohesion and works towards fulfilling the unmet emotional and intellectual needs of refugees through its specially designed activities. 7Hills has succeeded in implementing several creative projects and informal edutainment programmes to enrich beneficiaries including varied age groups of children, youth and parents. In addition, with its innovative strategy of transforming unused public spaces into safe creative places, 7 Hills provides a window for young people to develop and hone their creative abilities.

Valued at AED 500,000, the SIARA prize money is a special contribution by TBHF and does not represent any share of the individual and rganizational donations made to the foundation. 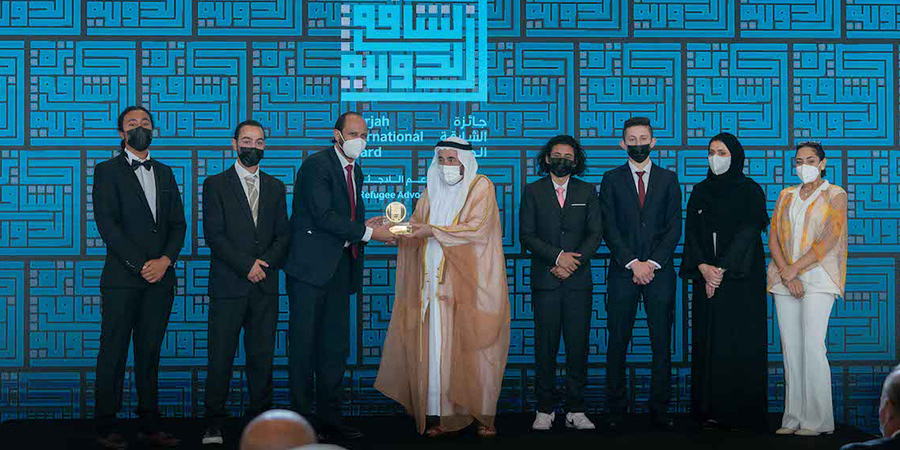 The will to live, creating hope

The award ceremony was inspired by Palestinian poet Mahmoud Darwish’s quote, “We love life whenever we can”, reflecting the will of the displaced and refugees to live, despite their unfortunate circumstances. In line with this message, the theme of the award ceremony called on refugees to create hope and achieve inner peace, to sing, paint, play, dream, and share safe spaces with the community, and to carry on with their lives by breaking free of the psychological or physical pain caused by wars, conflicts, or natural disasters.

In her speech at the ceremony, Mariam Al Hammadi, Director of TBHF, said: “Today, we are honouring a creative humanitarian organization that transcends the limits of a traditional charitable approach in its efforts to touch the souls and conscience of refugees and less fortunate people and, in doing so, supports the desire of communities to foster their integration and drive social change. Honouring 7Hills is a testament to SIARA’s mandate which is inspired by the vision of His Highness Sheikh Dr. Sultan bin Muhammad Al Qasimi, Member of the Supreme Council and Ruler of Sharjah, and the directives of Her Highness Sheikha Jawaher bint Mohammed Al Qasimi, Chairperson and Royal Patron of TBHF.”

“A creative, community-based approach is vital to elevate the lives of refugees, and by honouring humanitarian organizations that adopt non-traditional strategies, TBHF aims to assist them in fulfilling the financial, emotional, and intellectual needs of refugees. Neglecting their emotional needs will drive refugees into isolation and ignores their fundamental desire to engage with and form bonds with host communities. To love their lives, refugees must be able to live a life they love so that they can bestow it with the most beautiful and creative things,” she added.

“This is precisely what 7Hills realized when it was established by a group of young people. The non-profit understood that food, education, health, and shelter are just one aspect of the needs of refugees and so, it decided to prioritize and fulfil their creative and psychological needs to enhance their mental and emotional capabilities. One of the leading creative initiatives of 7Hills is the transformation of an unused public place into a social space for engagement, learning and integration, which has helped bring young refugees from different countries together and boosted their self-confidence, creativity, and hope,” she noted. 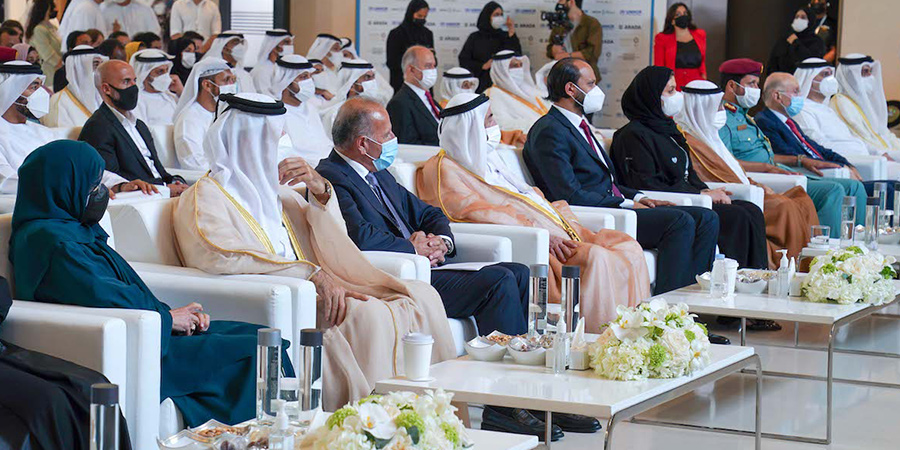 For his part, Ayman Gharaibeh, Regional Director of UNHCR’s MENA Bureau, stressed that SIARA is a regional and international platform that highlights outstanding humanitarian efforts undertaken by organizations around the world. It also provides a unique opportunity to shine light on the lives of refugees and the displaced – their plight, the challenges they face, as well as their determination and hope for a better future.

He said: “Our partnership with Her Highness and TBHF has crossed the 10-year mark, during which the contributions of Her Highness and the Foundation have played an effective role in alleviating the plight of refugees and the displaced in many areas.”

He continued: “The world is witnessing an unprecedented increase in the number of people forced to flee their homes, which has surpassed 100 million as of May 2022. This is an important indicator of the human tragedy exacerbating over the years. We are saddened when we remember that UNHCR was established in 1951 with a 3-year mandate – as the world thought that the displacement problems would end in a short period. However, UNHCR still exists today and spares no effort to help refugees and the displaced. According to 2021 statistics, the MENA region is home to nearly 17 million refugees, which constitutes 17 per cent of the worldwide figures.”

Ayman Gharaibeh added: “In light of the unprecedented increase in numbers, we must unite our efforts and devise sustainable solutions to ensure a decent living in a safe environment for refugees. Today, we come together to honour 7Hills for its role in refugee integration and empowering them through the creative arts. The efforts of 7Hills are not limited to developing the skills of children and youth in Jordan but also contribute to promoting the values of harmony and coexistence between refugees and the host community. This is a unique way of breaking cultural, racial and societal barriers that hinder living in peace and harmony.”

Investing in the community

During his keynote speech, Mohammed Zakaria, founder of 7Hills, thanked His Highness the Ruler of Sharjah and his wife, Her Highness, for honouring the non-profit. He said: “Happiness shared is doubled – this is the philosophy that we follow in our work which commenced when a group of people with a passion for transforming urban spaces came together to create unique spaces that fulfil the personal needs and drive community engagement.”

He added: “We successfully ”onstructed the 7Hills skatepark in Amman in 2014 in collaboration with local and international volunteers. The project began following a local and international donation drive. Children volunteered after school to help build the park and mothers sent lunch packets for the team while the Imam and worshippers at the local mosque brought us sweets after Friday prayers to celebrate as the project neared completion.”

He continued: “Thr”ugh the project, we – Jordanians – got an opportunity to meet and interact with the many nationalities that live in Jordan. After eight years of this project, our goal is to now take it forward through an R&D programme. Today, when we introduce our work, we are proud to say that we create safe urban spaces, arts, and knowledge.”

The 7Hills founder shared a story that occurred during a skateboarding class for refugee children living in the community. “When I enquired about the nationality of a young boy named Omar, he answered that he was Jordanian. This incident opened my eyes to the enormous impact and success of this project. If everyone who is part of our project identifies themselves as Jordanians and as belonging to our country, then that is the true hallmark of our success.”

SIARA 2022 received 177 nominations from 39 countries worldwide for the sixth edition of SIARA. The award ceremony of SIARA is held in collaboration with the United Nations High Commissioner for Refugees (UNHCR), under the patronage of His Highness Sheikh Dr. Sultan bin Muhammad Al Qasimi, Supreme Council Member and Ruler of Sharjah, and his wife, Sheikha Jawaher bint Mohammed Al Qasimi, Chairperson of TBHF and UNHCR Eminent Advocate for Refugee Children.

Arada, a property development company based in Sharjah; Tilal Properties, a premier master developer in Sharjah; and BEEAH Group, the region’s leading sustainability pioneer, were the main sponsors of the 2022 SIARA award ceremony.