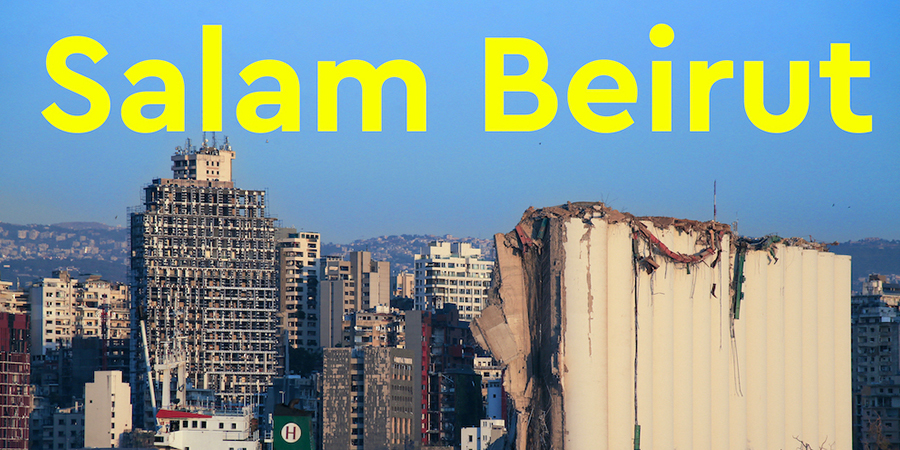 Salam Beirut, an international emergency aid campaign launched in the UAE to support the victims of the devastating explosion that struck Port Beirut, has announced an estimated allocation of US$100,000 for the repatriation of migrant workers who are facing increasing hunger and homelessness in the Lebanese capital.

Launched in August 2020 by Her Highness Sheikha Jawaher bint Mohammed Al Qasimi, wife of His Highness the Ruler of Sharjah, Chairperson of The Big Heart Foundation (TBHF) and Eminent Advocate for Refugee Children at UNHCR, Salam Beirut mobilizes its emergency relief through TBHF, the Sharjah-based global humanitarian organization, in coordination with on-ground relief operators in Lebanon.

The $100,000 fund allocation to enable the safe return of migrant workers – mainly women – to their country of origin is another project Salam Beirut has identified to support, which is being implemented by
Anti-Racism Movement (ARM), a grassroots collective based in Lebanon. The amount will go towards safeguarding the welfare of disproportionately affected migrant workers whose limited access to resources, information, and assistance has rendered them especially vulnerable following the explosion.

In its first partnership with Anti-Racism Movement, Salam Beirut will focus on removing the systemic obstacles that prevent migrant workers, who have lost their homes and livelihoods, from going back home. The Port Beirut explosion has further exacerbated the conditions of the migrant workers who were already reeling under an acute financial crisis that worsened with the outbreak of the coronavirus pandemic.

Chief among the project activities would be the collection of vital data to register people for repatriation. The collaboration between Salam Beirut and ARM will also extend to renewal of expired passports and handling of paperwork, and will, in addition, cover legal issues that crop up in the case of expired documents, for instance. The fund will also help absorb any fees involved for legal representation which is one of the chief barriers preventing a migrant from returning home.

All COVID-19 related issues such as PCR tests and mandatory quarantine requirements will also be catered for, including any administrative work for monitoring and evaluation, accounting, reporting, etc. to ensure that the marginalized populations can return to their home countries safely within a period of five months.

As per the 2018 official statistics of the Ministry of Labour in Lebanon, Ethiopians accounted for majority of the 270,000 legal foreign workers, out of the six prominent nationalities in the country.

Commenting on the repatriation efforts, Mariam Al Hammadi, Director of TBHF, said: “As marginalized populations, migrant workers often fall between the cracks of response systems during a crisis. The Beirut Port explosion has added to the woes of the migrant workers who are among the most vulnerable segments of the Lebanese society. Many of them have been rendered homeless, with no livelihoods to sustain themselves. The economic crisis and the pandemic have further complicated their dire situations.”

She added: “TBHF has ramped up its humanitarian efforts in collaboration with ARM to prioritize the needs of the foreign domestic workers who are stuck, stranded, impoverished, and homeless to enable their safe return to their countries of origin where they have the security of homes, families, and strong social support networks. The ongoing multiple crises in Lebanon has placed vital services under pressure, increasing the burden on societies, and our efforts are geared towards finding practical solutions for the safe return of the migrants.”

How to donate
Use the following channels to donate to ‘Salam Beirut’ and help save the lives of those left stranded by the disaster.