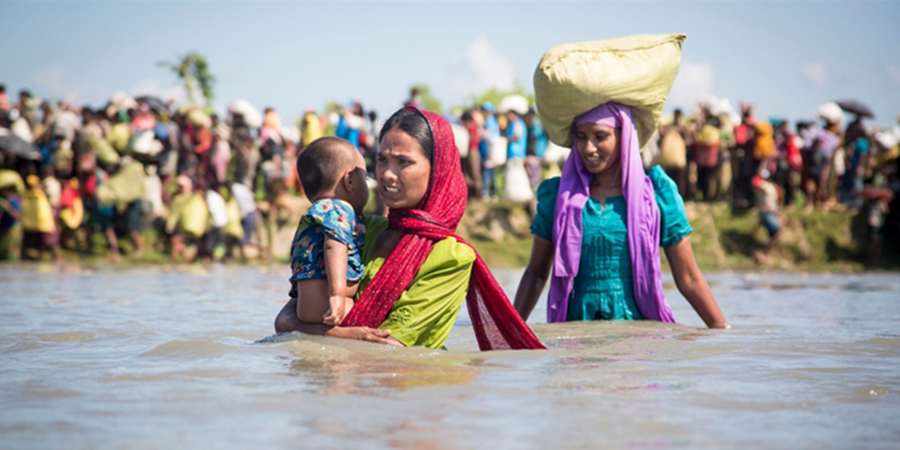 Award launched by The Big Heart Foundation in cooperation with UNHCR

• The entire continent of Africa comes under the geographical purview of the award
• Deadline for submission is December 17, 2019
• The award embodies the vision of HH the Ruler of Sharjah and his wife HH Sheikha Jawaher Al Qasimi to recognize key humanitarian contributions in refugee advocacy, support, and community building

The Big Heart Foundation (TBHF), a Sharjah-based global humanitarian charity dedicated to helping refugees and people in need worldwide, has started receiving nominations for the fourth edition of the Sharjah International Award for Refugee Advocacy and Support (SIARA), which is organized in collaboration with the United Nations High Commissioner for Refugees (UNHCR).
The AED 500,000 (US$136,000) award money is a special contribution by TBHF – does not represent any share of the donations made to the foundation – and its under the patronage of His Highness Sheikh Dr. Sultan bin Muhammad Al Qasimi, Supreme Council Member and Ruler of Sharjah, and his wife, Her Highness Sheikha Jawaher bint Mohammed Al Qasimi, Chairperson of TBHF and UNHCR Eminent Advocate for Refugee Children.

Mariam Al Hammadi, Director, TBHF, noted that the scope of the award had been expanded from Asia,Middle East and North Africa to include organizations that operate across the whole African continent, as it hosts more than 26 percent of the world’s refugees. She also explained that the objective behind the award’s expansion is to take Her Highness Sheikha Jawaher Al Qasimi’s vision to turn global attention to the outstanding efforts and initiatives launched by non-profit organizations across Africa, who have taken it upon themselves to improve the lives of millions who are displaced and seeking refuge in the continent.

According to UNHCR, 70.8 million people from all over the world have been forced to flee their homes, of whom some 41.3 million are internally displaced. More than half of them are under 18 years of age.

67 percent of the refugees came from Syria, Afghanistan, Myanmar, Somalia and South Sudan.
For the first time since the award was launched, TBHF will be receiving applications directly on its website, https://tbhf.ae, until December 17, 2019. To enable maximum representation for organizations in MENA, Asia and Africa working in the humanitarian sector, TBHF has also opened its doors to organizations and individuals around the world who want to nominate any non-profits working to support and empower refugees in these regions.

“The award reflects the unwavering commitment of His Highness the Ruler of Sharjah and his wife, Her Highness Sheikha Jawaher bint Mohammed Al Qasimi, to end the suffering of refugees, and inspire individuals and organizations to contribute in improving the lives of those who have been so cruelly affected. Ultimately, through this award, we want to help refugees in different countries of the world, integrate them back into their communities and help organizations working tirelessly to offer them decent living conditions, especially to women and children, the elderly and other vulnerable groups”, added Hammadi.

“Since 2017, TBHF has been organizing the award annually to recognize the unparallel efforts of local humanitarian outfits who have gone beyond the provision of emergency relief to have a positive and sustainable impact on the lives of numerous families and children who live under harsh conditions due to being displaced and in refuge, by improving their access to food, health, psychological support and quality education”, she further explained.

SIARA’s terms and evaluation criteria seeks to support and promote the innovative practices and mechanisms of humanitarian institutions, bring international limelight to most affected areas, and prioritizes those in urgent need of humanitarian support.

TBHF’s evaluation of the nominees will centre on whether their work has resulted in tangible benefits for those they offered support to. Their work must use innovative practices within its programmes and initiatives to ensure better results and sustainable impact, be expansive in its scope, and carry a clearly defined element of transparency and objectivity in its service delivery ethos.

Al Hammadi stressed the importance of the award in raising awareness about sustainable humanitarian work, and its impact on communities and people. It also symbolizes the continuous approach of kindness, sacrifice and philanthropy embraced by the UAE, and reaffirms the role played by the emirate of Sharjah in supporting humanitarian initiatives on regional and international levels, she further noted.

Amel Association International, a non-profit Lebanese organization, won the third edition of the award in May, this year. The award recognized Amel’s ongoing efforts to implement humanitarian initiatives and support programmes since its creation post the Israeli invasion of Southern Lebanon in 1979. The association offers healthcare services, non-formal education, security and protection (including social empowerment).