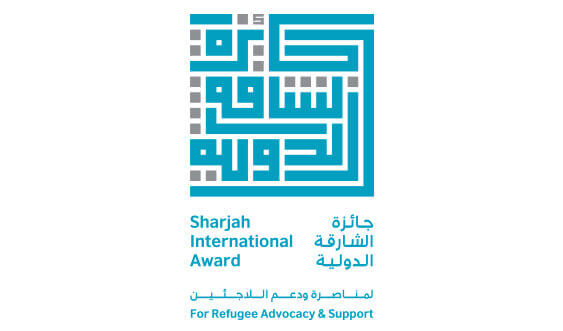 $100,000 in recognition of the greatest efforts and sacrifices to alleviate suffering

Amid the many man-made conflicts and dramatic natural disasters that sweep across many countries in the world, the plight of refugees continues to deepen each day, marking the biggest human migration of the 21st century.

Millions of people have fled their home countries, fearing for their lives and dreaming of a new life and a brighter future.

All refugees have their own stories and dreams, but also share one goal – the search for a better life away from the violence, oppression and conflict that has caused such havoc, often risking their lives in search of a safe shelter and a dignified life for their children.

There has been a significant increase in the number of refugees as a result of turmoil in a number of Arab countries and other Asian and North African states. According to UNHCR reports, 39% of the world’s displaced population is being hosted in MENA, with 13.5 million people in need in Syria; more than 3 million displaced inside Iraq; 82 per cent of the 27 million people residing in Yemen are in need of humanitarian assistance; and over 5 million Palestinians are refugees. These are the highest recorded numbers of displaced people since World War II. Other displacement and refugee situations include 350,000 Libyans and 3.74 million Sudanese nationals.

Strong and continued charitable humanitarian assistance is the need of the hour, which makes the launch of Sharjah International Award for Refugee Advocacy and Support more relevant than ever.

In view of this massive displacement, Sharjah has been a constant and consistent pillar of support, at the forefront of humanitarian efforts and help.

His Highness Sheikh Dr. Sultan bin Muhammad Al Qasimi, Member of the Supreme Council Ruler of Sharjah, has adopted a clear stance on the action required to aid refugees and provide all forms of relief and humanitarian assistance to help alleviate their suffering.

With the deteriorating conditions suffered by refugees throughout the world as a result of war, unrest, disasters and the growing risks that pose serious threats to their safety, Her Highness Sheikha Jawaher Al Qasimi issued a resolution transforming the campaign into The Big Heart Foundation (TBHF) in June 2015. This redoubled those efforts and expanded the scope of its relief operations to reach broader segments of people in need and refugees, especially children, worldwide.

Within the first two years of its launch, the foundation had a massive impact on the lives of hundreds of thousands of refugees who fled regions affected by wars and crises in Asia and North Africa. The foundation has provided full relief assistance and support through numerous initiatives that focussed on providing the basic needs of refugees.

In its ongoing efforts to create innovative techniques of charitable relief work, Her Highness Sheikha Jawaher Al Qasimi launched the Sharjah International Award for Refugee Advocacy and Support in January 2017, to recognise and pay tribute to those who have made distinguished humanitarian efforts for refugees and displaced families in Asia, the Middle East and North Africa.

Launched under the patronage of His Highness Sheikh Dr. Sultan Al Qasimi, the award is supervised by TBHF in collaboration with UNHCR, and aims to support outstanding efforts and initiatives that are launched to improve the lives of millions of individuals and families who have been displaced from their homes.

The launch of the award is in line with TBHF’s unwavering commitment to end the suffering of refugees and inspiring individuals and organisations to contribute to improving the lives of those who have been so cruelly affected.

It also symbolises the continuous approach of kindness, sacrifice and philanthropy embraced by the UAE, and reaffirms the role played by the emirate of Sharjah in supporting humanitarian initiatives on regional and international levels.

The award honours the efforts of people who dedicate their lives and devote their time to alleviating the suffering of others, as well as encouraging and inspiring further efforts.

It recognises those who have contributed to providing food, healthcare, education and social support for refugees and displaced persons and helped in inspiring them with the belief, confidence and hope for a better future.

The award winners will receive a cash prize of $100,000, along with a trophy and certificate of appreciation, during a special ceremony to be held in Sharjah.

There are many initiatives worthy of praise, especially those that offered job opportunities and helped refugee families earn monthly incomes and enjoy a dignified life. Among these are the projects and initiatives dedicated to children’s education and providing them with clothes and healthcare as well as rehabilitation programmes.

The award paves the way for an even greater investment in supporting refugees in their ever-increasing hours of need and provides hope for a better future. With this award, Sharjah is inspired by the vision of its leadership that has made instilling values and developing communities its key goal, irrespective of religion, ethnicity or identity.