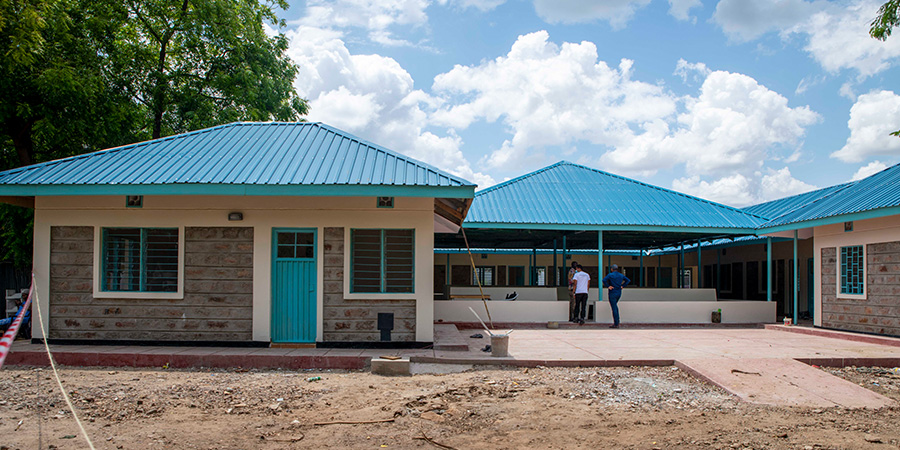 The Big Heart Foundation (TBHF), a Sharjah-based global humanitarian organization dedicated to helping people in need worldwide, has announced US$266,250 funding for a UN Refugee Agency (UNHCR) project, that seeks to bring integrated health services to refugees and asylum seekers in Kenya’s Kakuma Camp located in the north-western county of Turkana. The project’s beneficiaries will also include a large proportion of host community residing in the nearby Kalobeyei settlement.

TBHF’s contribution will support health activities for one year in a clinic in the catchment area in Kakuma 1, which serves an estimated refugee population of 22,000 and a large proportion of the host community.
Reconstruction of the clinic began in early 2020, and TBHF’s contribution will enable UNHCR to cater to the clinic’s running costs including provision of equipment, procurement of supplies, and also fund the various community awareness and health education activities conducted there. Key deliverables involve boosting the clinic’s capacity to offer children and their parents access to primary and secondary health services; administering mandatory immunisations including measles, polio, antenatal tetanus to children under 5, including new arrivals in Kakuma through Nadapal; and ensuring the catchment surrounding clinic will have at least 20 community health workers.

Mariam Al Hammadi, Director of TBHF, said: “The outbreak of an unprecedented global pandemic has made healthcare a bigger concern than ever. Unable to access basic medical and sanitation facilities, refugees and marginalized populations worldwide are more vulnerable than ever. Through projects like this one in collaboration with our longstanding partner, UNHCR, we are on a strategic path to help fill the gaps in the healthcare infrastructure in locations that need it most. Kakuma being one of the largest refugee settlements in the world, requires urgent attention especially given that the numbers continue to grow following a continuous influx of South Sudanese refugees since 2013. This puts residents in these settlements at a far greater risk of contracting the Covid-19 virus in addition to communicable diseases like malaria, diarrhoeal diseases, measles and cholera that are already existing health concerns for the children in the camp.”

“With this new project, TBHF advances the leading humanitarian efforts of Her Highness Sheikha Jawaher bint Mohammed Al Qasimi, Chairperson of TBHF and UNHCR Eminent Advocate, who has been working tirelessly to ensure that more people worldwide are supported with their basic rights to healthcare, food security and education, regardless of their circumstances,” she added.

Al Hammadi further noted that TBHF’s involvement in this UNHCR project also seeks to serve the Kenyan government’s overarching objective of promoting the Kalobeyei model of self-reliance – an intention with which the settlement was opened in 2016.
Kakuma Camp in the Turkana County and the nearby Kalobeyei Settlement host approximately 196,666 refugees and asylum seekers – about 15 percent of the county’s total population. While the refugees are mainly from South Sudan and Somalia, the camp also hosts refugees from 19 other countries with 58.5 percent of the population comprising of children under the age of 17 years.

TBHF was officially established in 2015 following a range of humanitarian initiatives and campaigns launched since 2008 by Her Highness Sheikha Jawaher bint Mohammed Al Qasimi, wife of His Highness the Ruler of Sharjah and Chairperson of TBHF, to redouble efforts to help refugees and people in need worldwide. Since its establishment, TBHF has added significantly to the UAE’s rich portfolio and long record of humanitarian initiatives implemented regionally and globally. The organisation continues its humanitarian efforts, having delivered emergency aid to more than 20 nations worldwide facing crises, along with supporting long-term and sustainable projects in healthcare, education, and other vital sectors.