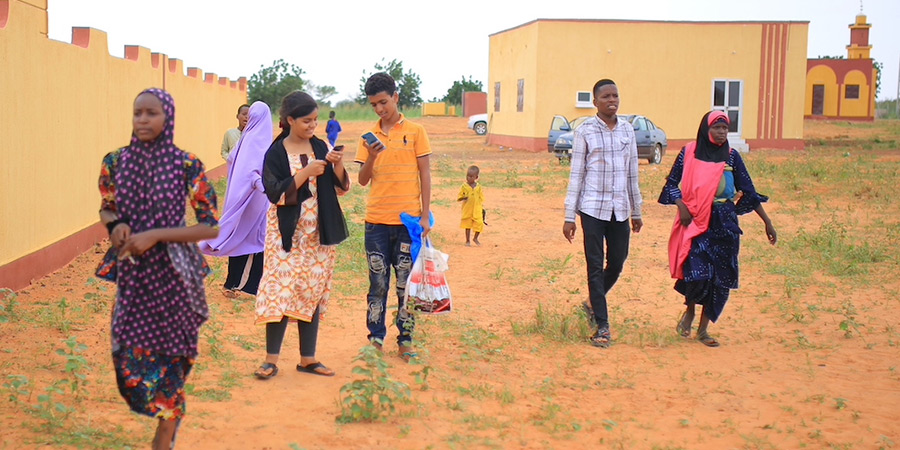 The Big Heart Foundation (TBHF), a Sharjah-based global humanitarian organization dedicated to helping refugees and people in need worldwide, has enhanced the self-reliance of 1,300 villagers in Niamey, Niger, with the completion of an AED 2 million sustainable village project.

Named after the late Sheikh Khalid bin Sultan Al Qasimi, and built in partnership with Sharjah Charity International, the sustainable village was envisioned to offer long-term development solutions for the vulnerable populations in Niamey. According to UNICEF reports, 63 percent of Niger’s population live below the poverty line.

The village features 20 houses that will be occupied by unemployed families and widowed mothers.

TBHF’s humanitarian intervention strategy planned for Niamey came as a response to the continuing unrest in Niger where, protests and associated clashes, particularly in Niamey, has forced 7,000 civilians, including 1,000 refugees, to flee their homes in search of safety, according to the UN.

The Foundation’s sustainable village project has been completed against the backdrop of Niger’s worst-ever rainy season. Torrential rainfall since June 2021 has led to the collapse of more than 12,000 houses, the flooding of nearly 6,000 hectares of cultivable land, and the death of over 10,000 livestock. Thousands of people have been rendered homeless and vulnerable due to the loss of livelihoods. 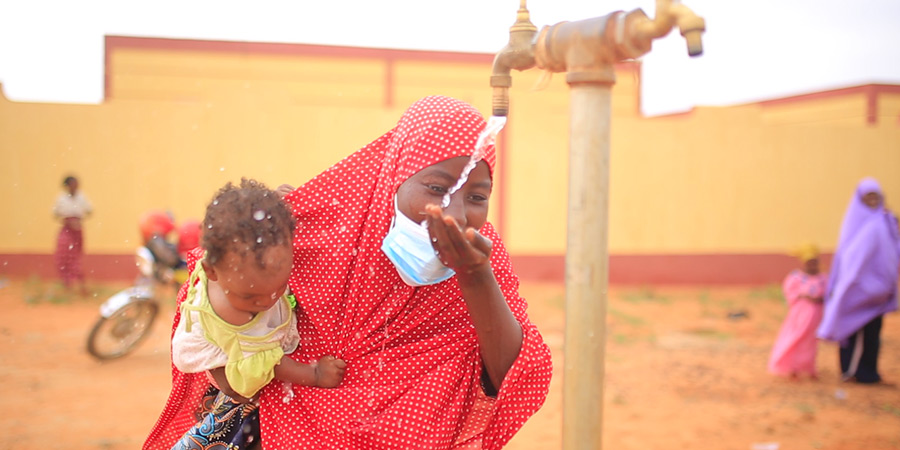 The sustainable village project was conceived to offer its beneficiaries a self-sufficient environment within which to attain long-term financial security, as they practie livelihood generating activities like agricultural farming, livestock rearing and traditional crafts. TBHF has also provided families with 353 goats to be reared primarily for their milk, meat and hide. The village will also enjoy uninterrupted access to clean water and power, while drinking water will be provided through a distribution system connected to a huge water tank.

A school with six classrooms and a bakery is another highlight of the sustainable village. It brings unprecedented learning opportunities for children in the locality and the neighbouring areas, in addition to creating employment opportunities for teachers in the community. The AED 2 million project also includes a fully equipped medical clinic and laboratory to cater to various medical needs, including emergency and childbirth cases. 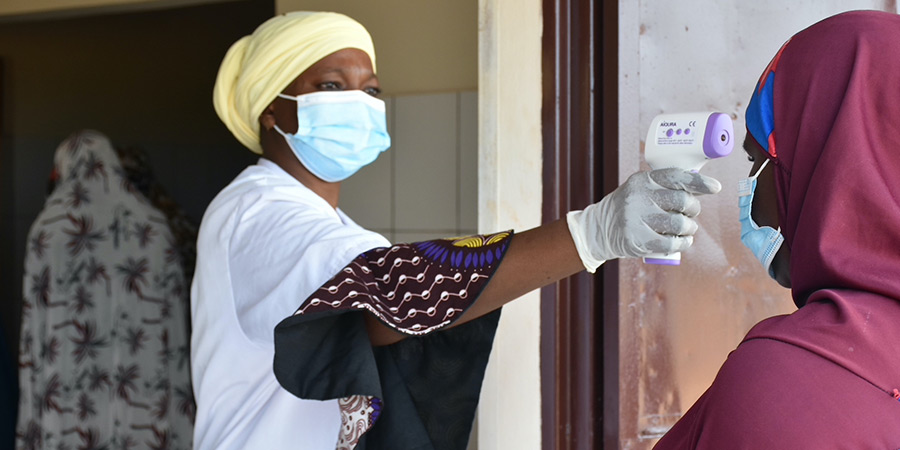 More than a shelter

Announcing the completion of the project, Mariam Al Hammadi, Director of TBHF, said: “With the Sheikh Khalid Al Qasimi sustainable village, we have furthered the vision of Her Highness Sheikha Jawaher bint Mohammed Al Qasimi, wife of the Ruler of Sharjah, Chairperson of TBHF, and Eminent Advocate for Refugee Children at UNHCR, which has always focused on bringing long-term, sustainable solutions to affected and needy communities worldwide”.

She added: “Our goal while designing and developing the sustainable village has been to ensure that it transcends being only a shelter. We want to offer the beneficiaries effective long-term solutions to redress their current challenges, which will bring a sense of normalcy and pride back into their lives. This is the development model adopted by TBHF to offer effective, sustainable solutions to communities that face exceptional hardships.”

Abdullah Sultan bin Khadim, Executive Director of the Sharjah Charity International,  stressed that charitable work plays a key role in empowering the less fortunate and making them self-reliant. This vision and belief of His Highness Sheikh Dr. Sultan bin Muhammad Al Qasimi, Supreme Council Member and Ruler of Sharjah, he said reflects in the goals of the sustainable village to offer a decent life to its 1,300 beneficiaries.

“The village, built in memory of the late Sheikh Khalid bin Sultan Al Qasimi, in cooperation with TBHF reiterates the key role of collaborative efforts in broadening the horizons of social development work globally through innovation and the focus on creating lasting impact.” He added.

Sharjah Charity International has always worked to put a smile on the faces of the needy, and this project, he said emphasises the continuous flow of good that stems from Sharjah to go reach people in the remotest of places.