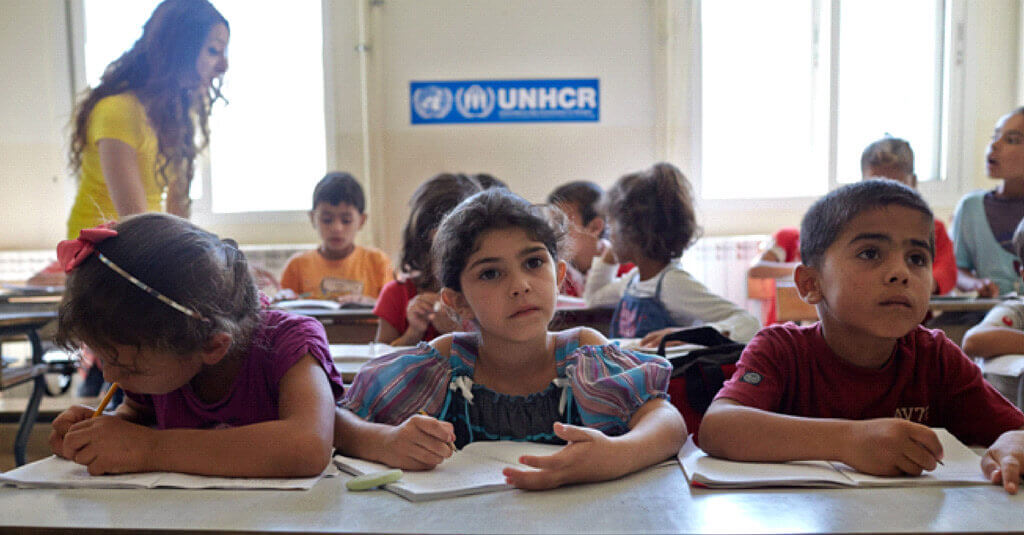 UAE, Dubai, XMay 2014: A year after being appointed as the UNHCR Eminent Advocate for Refugee Children, Her Highness Sheikha Jawaher bint Mohammed Al Qasimi, Wife of His Highness the Ruler of Sharjah, is leading the Big Heart Campaign on a massive Education fundraising drive at Mirdiff City Center in Dubai. Running from 25-31 May, the fundraisers will feature a range of fun-filled activities that will attract humanitarians, families and philanthropists.

The fundraisers will add to the raised funds by the campaign’s contributors over the past year, which has touched hundreds of thousands of Syrian lives by providing emergency healthcare, warm clothing, blankets, shelter, food and other relief. In all, about half a million Syrians have benefited from the generosity of the campaign’s contributors in the UAE and other countries, but a lot more still needs to be done. According to the UNHCR and UNICEF, approximately 1.2 millionSyrian children have fled the country, while a further three million children are suffering in Syrian cities.

Her Highness Sheikha Jawaher explained why this is the most important fundraiser the campaign has held so far: “We have spent a year touching the lives of half a million young Syrian refugees.The generosity of our donors has enabled us to provide food, shelter and medical treatment for refugee children, but now it is time to educate them. Education will shine some light into the dark Syrian tragedy. Schools don’t just teach children to read and write, they empower them to write a happy ending in their life stories. 1.2 million Syrian refugee children are out of school, but with everyone’s help we can reduce this number and reduce the suffering.”

Since its inception in June 2013, the Big Heart Campaign has achieved numerous milestones, such as donating Ramadan packages, blankets for the sub-zero winter and partnering with other humanitarian organizations like the Red Crescent UAE.

But education is the issue that is particularly close to Her Highness’ heart, and she has visited Zaatari camp in Jordan to meet mothers and children, getting first-hand information on the number of teachers, schools and books required.
Donors are urgently requested to send funds through ‘Salam Ya Seghar’, endorsed by HH Sheikha Jawaher Al Qasimi (Wife of His Highness, the Ruler of Sharjah and UNHCR Eminent Advocate for Refugee Children).