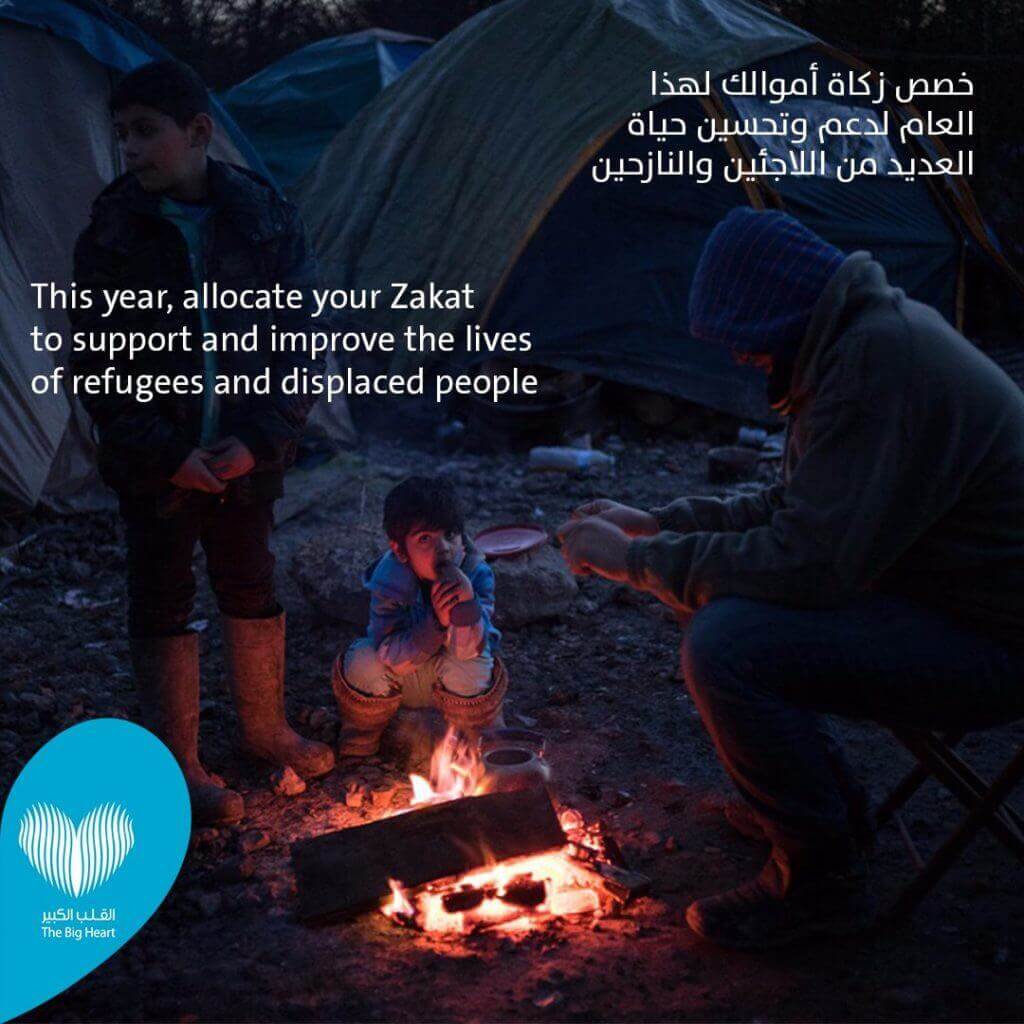 Funds aim to drastically improve conditions of refugees in Syria, Iraq and Palestine

As part of its tireless efforts to alleviate the suffering of refugees and improve their quality of life, The Big Heart Foundation (TBHF) – a Sharjah-based global humanitarian charity dedicated to helping refugees and people in need worldwide – has announced that it is welcoming all Zakat donations from individuals and corporations in the UAE. The funds generated from the campaign will go towards supporting refugees and displaced populations, particularly women and children.

TBHF, which was launched by Her Highness Sheikha Jawaher bint Muhammad Al Qasimi, Wife of His Highness the Ruler of Sharjah, Chairperson of TBHF, and UNHCR Eminent Advocate for Refugee Children, has enacted its Zakat campaign to provide funds to individuals in need of assistance as a result of humanitarian crises taking place in three countries; Syria, Iraq and Palestine.

There are more than 23.8 million individuals in need of assistance in Syria, Iraq and Palestine. Syria alone, is witnessing the biggest humanitarian and refugee crisis of recent history, with 13.5 million people inside the country desperately needing assistance and over five million Syrian refugees seeking protection and shelter outside the country. In Iraq, over three million of the country’s citizens have been forced to abandon their homes due to the ongoing conflict, with UN refugee agencies warning that the number of displaced Iraqis is likely to increase as the violence in Mosul continues. With regards to the situation in Palestine, over two million Palestinians in Gaza and the West back are in need of assistance, a figure that represents roughly one in every two individuals. Refugee agencies estimate that nearly 80 per cent of Gazans are reliant on aid.

“We will continue to provide refugees with the help and support they need to ensure their well-being. The compassion of Islam and the Arab and Emirati culture of humanity inspire us to help these desperately in need displaced people to live a dignified and safe life and to overcome the horrendous conditions they have faced and are still facing,” said Mariam Al Hammadi, Director of TBHF.

“Since we are in the holy month, a time where altruism is so important, and also in line with the ‘Year of Giving 2017’ as decreed by President His Highness Sheikh Khalifa bin Zayed Al Nahyan, we have started accepting Zakat donations to be distributed among those who have been forced out of their homes and who are experiencing hardships in relation to their situations in Syria, Iraq and Palestine. We will stand by their side and fulfil our humanitarian duty as dictated by our religion, our tradition, our country and our leadership,” Al Hammadi added.

In June 2015, Her Highness Sheikha Jawaher bint Mohammed Al Qasimi launched The Big Heart Foundation to coincide with the World Refugee Day. Since its inception, TBHF has provided life-saving medical services to more than 365,000 Syrian refugees and given more than 400,000 others vital food and financial aid. During the cold winter months in Syria and its neighbouring countries of Jordan, Iraq, Turkey and Lebanon, the foundation has provided basic essentials to children and their families such as warm shelters, blankets and clothing.