Humanitarian Assistance For Refugee in Jordan, Syria and Yemen
Skip to content 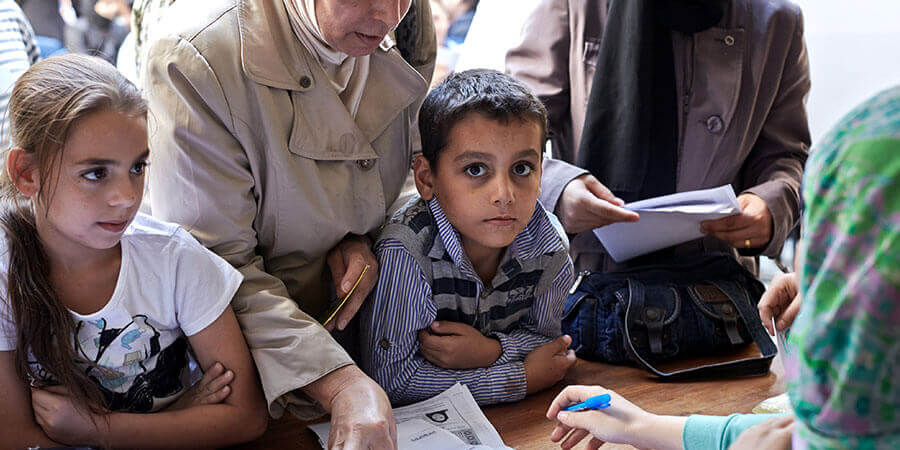 As 2019 approaches, the UAE-based global humanitarian organisation, The Big Heart Foundation (TBHF) has renewed its support with a financial grant of over US$ 700,000 to three projects undertaken by leading UN agencies, UNHCR and UNICEF, in Jordan, Syria and Yemen.
According to the 2018 Humanitarian Needs Overview Report (HNO), 13.1 million people in Syria alone are in need of humanitarian assistance, out of which about half the population’s condition is acute.

TBHF has dedicated more than US$ 200,000 to the UN Refugee Agency – UNHCR, which have been mobilised by the agency to rehabilitate three schools in the southern Syria; two in Dara’a governorate and another in rural Damascus that were severely damaged during the war and rendered inoperable, creating a need for educational facilities.

Expected to come to fruition by mid-April 2019, the Syrian schools rehabilitation project targets 3,000 beneficiaries – mostly internally displaced civilians and returnees who are the most vulnerable. Through this financial contribution, TBHF has offered a boost to UNHCR’s efforts in Syria to address the initial reintegration needs of voluntarily returning IDPs and refugees to the country.
TBHF has also released funds worth US$ 400,000 to UNHCR to improve the health status of about 24,000 of the Syrian refugee population living in the Zaatari Camp in Jordan, by ensuring them access to quality primary healthcare at the TBHF Clinic in the camp. This will include the provision of primary healthcare, mental health monitoring and specialised consultations to treat psychological disorders, as well as child growth monitoring and nutritional care.
Through TBHF’s last contribution towards healthcare in Zaatari Camp in 2017, UNHCR, along with its implementing partner – International Medical Corps (IMC), treated 28,000 refugees suffering from acute and chronic health conditions. Mariam Al Hammadi, Director, TBHF said: “Several factors have further aggravated the refugee and IDP crisis in these countries. We at TBHF believe that continuous rehabilitation support is the only way this acute humanitarian crisis in the region can be abated, and hopefully, ended.
“Sharjah’s leadership has taught us that caring moves mountains; our cultural ethos are built on the foundations of solidarity and shared development. The objective of the schools project in Syria is that young communities have optimal access to education, since education and skills development training are the backbone of community building and unhindered development. Similarly, we are pleased to continue our efforts to offer residents of the Zaatari camp access to quality healthcare in our clinic.”

She also expressed her appreciation to the UNICEF Yemen programme that has successfully mobilised TBHF’s financial contribution of US$ 100,000 to build the capacities of a 1,000 health workers and 200 community volunteers in Yemen to integrate nutrition services into cholera treatment centres.
The UNICEF project, implemented from March – September 2018, targeted 800 health workers from 50 Diarrhoea Treatment Centers (DTCs) and 150 Oral Rehydration Corners (ORCs), as well as 200 community health volunteers from 12 targeted governorates including Hodeida, Mareb, and Sana’a.
It is expected that the beneficiaries of this project will use the knowledge gained to identify and treat cases of severe acute malnutrition and suspected cholera/acute watery diarrhoea (AWD) more effectively at cholera treatment centres, as well as raise awareness among families in their local communities in the coming year.

“Since Yemen’s cholera epidemic re-erupted in April 2017, a total of 1.2 million suspected cases have been reported. Some 1.8 million Yemeni children are malnourished according to UNICEF, which makes them more vulnerable to disease. This is why TBHF was so keen on supporting a UNICEF project that seeks to strike cholera at its very roots,” noted Al Hammadi.