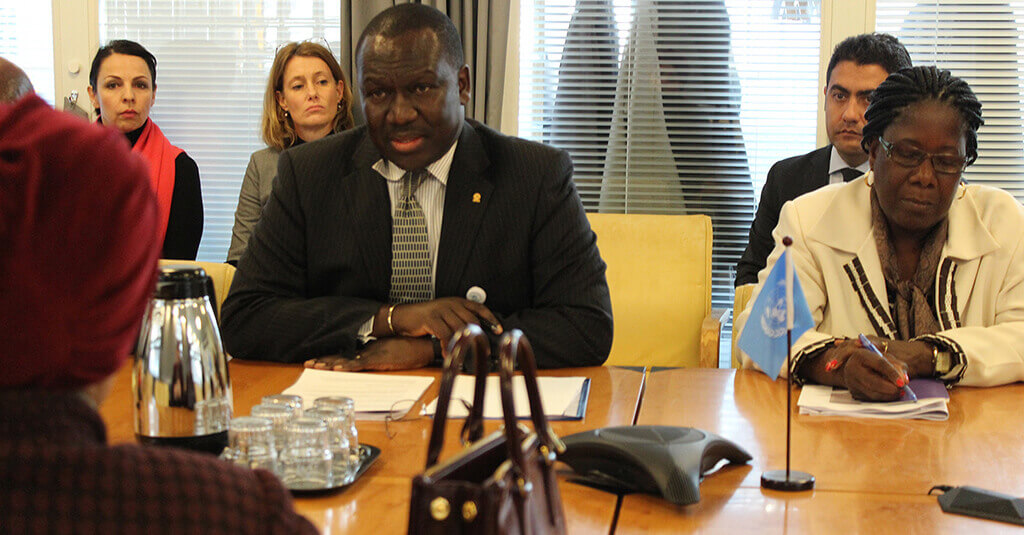 ABU DHABI, January 12, 2015 (United Nations High Commissioner for Refugees) – The Big Heart Foundation, under the patronage of H.H. Sheikha Jawaher bint Mohammed Al Qasimi, wife of H.H. Dr. Sheikh Sultan bin Mohammed Al Qasimi, Supreme Council Member and Ruler of Sharjah and UNHCR Eminent Advocate for Refugee Children, has contributed an additional $1. 5 million to UNHCR in support of educational activities for Syrian refugee children in Egypt and Lebanon.
In appreciation of this generous donation, The Acting Head of UNHCR – Abu Dhabi office, Nisreen Rubaian, said, “This generous donation from Sheikha Jawaher, is a clear evidence of H.H. commitment in ensuring a better future for Syrian refugee children. We are very grateful to her for this kind donation, which will help provide a better learning environment for thousands of Syrian refugee children.” The UNHCR’s field operations in Egypt will receive the largest portion of the contribution ($1 million), which will support expanding three schools and refurbishing five in Cairo, Alexandria, and Damietta governorates. Expansion operations will include the creation of 50 additional classrooms, while refurbishment will include the maintenance of a number of schools to become safer for both local and Syrian students. It is estimated that this funding will benefit around 15,000 Syrian students, in addition to 45,000 Egyptian students.
In Lebanon, UNHCR will work to cover school fees and transportation costs for around 1,185 Syrian students to enroll in second (afternoon) shifts dedicated to accommodate Syrian refugee students in Lebanese schools.
Among the 3.3 million Syrian refugees registered with UNHCR in neighboring countries; Lebanon hosts the largest number of Syrian refugees (more than 1,147 million) 34% of whom are school-age children. Egypt hosts at least 137,000 Syrian refugees, 30% of whom are school-age children.
This initiative is part of the Big Heart Foundation, which was launched by Sheikha Jawaher on June 20th, 2013, coinciding with World Refugee Day, aimed at supporting Syrian refugee children and alleviating their suffering. The campaign has successfully provided more than $14.5 million to UNHCR for the benefit of Syrian refugees, contributing to the provision of shelter, medical aid and cash assistance to hundreds of thousands of Syrian refugees in Jordan, Lebanon, and Iraq, in addition to displaced persons (IDPs) inside Syria.